I don’t remember my first time watching this but I do know I bought the VHS tape without having seen it. I was too young to go to the cinema when it was released in August 1997. I think I was about 12 when it came out. So I ordered it from Brittania Film Club. A postage service that would send you videos in a monthly club type set up. I saw the cover, read the little description, and instantly ordered it.

I do remember wondering at the time, having watched it, why more people weren’t talking about it. Empire magazine at the time gave it 3 out of 5 stars. The reviewer seemed to rave about it for the most part. So I thought even with a slightly above average score from one of the big boys that it would go down well in the horror and sci fi communities. But it didn’t, at the time. The cinema release came and went without much fanfare. It did pretty abysmally box office wise. But it turns out, this movie was a slow burner amongst fans.

It’s gone down as a cult classic now. People are still talking about it over 20 years later. I think it ended up doing pretty well financially in the VHS/DVD markets upon home release. I myself still own the DVD as well as the newer Bluray. I also watch it pretty regularly and don’t get bored of it. I mean, how can you when the cinematography is so beautiful. Some of the shots are mesmerising. Like the above and below shots of Sam Neill’s character Dr Weir. Also, pay attention to the opening scene. It’s beautifully shot which took them quite some time and money to get right, but it’s so worth it to see.

It also has a great, pumping, techno soundtrack. The hard techno music, whilst there’s some eerie original compositions, isn’t out of place here. I wouldn’t normally be a fan of this kind of music in a horror, I prefer original music specific for the film like Candyman and Halloween for example, but with Event Horizon it seems to work. Of course, there were some original pieces produced for the film. The odd little atmospheric track. But, nothing compared to the enduring nature of the Halloween, Candyman or The Exorcist themes. I think it was Orbital and Michael Kamen that produced the music for Event Horizon. 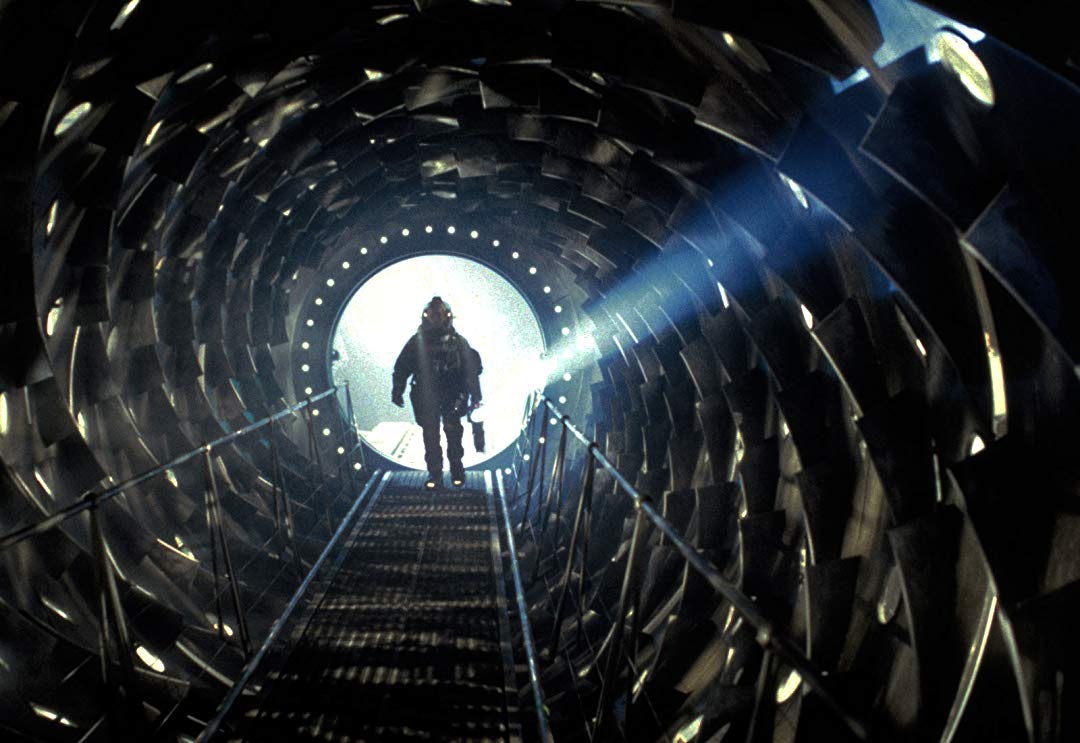 One thing about the film though is the lack of a Directors Cut. It’s pretty well known now the 131 minute cut has been lost or destroyed. The producers decided they didn’t need any of the deleted scenes, which there were many to get the rating where they wanted, so they dumped the extra footage. There’s supposedly a VHS tape with the original full length cut and Paul W. S. Anderson has stated that one of the producers, Lloyd Levin, had found a VHS copy of said cut. Also, there’s a strange twist to the tale, some deleted footage had apparently been found in a Transylvanian salt mine. But it had deteriorated too much to be of any use.  Fuck knows how it ended up there anyway. That’s probably a whole story in itself. I would love to see the unreleased full cut though. It would bring a freshness to such a classic. 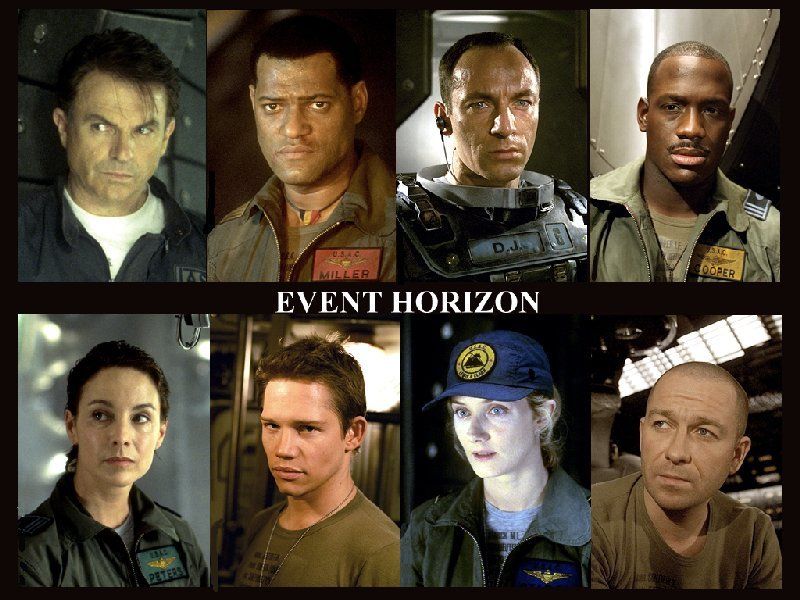 I must briefly mention the cast. I mean, what a cast. Every role was performed perfectly by each actor. I mean Sam Neill and Laurence Fishburn are great in this. As are the rest of the cast. And without spoiling the ending it kind of goes against the grain with who survives as well as who are the pivotal characters throughout. Which was pretty refreshing at the time. If you haven’t seen the film, please give it a watch. It’s probably my 2nd favourite Sci-Fi/Horror after Alien.