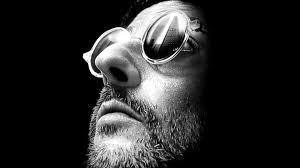 I was always going to write a post about Leon. My favourite ever film. It’s been firmly at the top of my list since 1995 when I first saw it. Coincidentally I even had the poster on my wall before seeing the film. Although it was amongst many film posters as I used to go to the local video shop and ask for any posters they were done with.

Not only is it my favourite film but Natalie Portman is my favourite actress too. Not from this film alone of course but at the time, I was 11, I had a major crush on her (still do to this day, but adult Natalie obviously not the Natalie in Leon). So I followed her career. As the years went by she just got better and better. Oscar winner and multiple Oscar nominee. There’s never a bad performance from Portman. Up to Annihilation I’ve seen every one of her films. Annihilation is probably my favourite film and performance from Natalie after Leon. But enough puppy dog drooling over Natalie Portman.

When I first saw Leon I just thought the character was so cool. A hitman that nobody saw or heard coming. Hidden in the shadows. Taking out multiple goons to get to his target. Even in daylight. How could an 11 year old action film fan not find that cool? I never understood any of the overarching themes. Or what was going on with Stansfield and his team. I just saw a cool hitman that got the job done without any fuss and took in an orphaned girl to exact revenge on the people responsible for killing her family. It was only on later viewings as I got older did I really see more to the film. Especially how good Gary Oldman is in it. Despite the character being slightly exaggerated as surely he would have been caught for corruption.

The relationship between Leon and Mathilda was obviously something that stood out even when I was young. It was weird to see. A grown man and 12 year old girl who had fallen for said grown man. But it was only later when I was older I realised the relationship wasn’t as it seemed. Leon surrenders all emotional power to Mathilda. He doesn’t encourage it or feel the same way. You can see his discomfort at times when Mathilda is taking on the adult role and speaking of love. It appears she is the adult in a kids body and Leon is a kid in an adults body. While it can be uncomfortable on the surface I don’t think there’s anything sinister in Leon’s intention or the films. 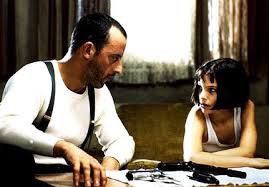 I don’t think any film will ever top this for me. It has such a cool style, a heavy action film mixed with semi-Euro noir. The soundtrack also fits the film perfectly. It’s weird to describe it like this but the film has a relaxing air about it at times. The scenes when Leon and Mathilda are talking about targets, gun cleaning, movies, or walking between apartments have that Euro-noir feel to them. The action scenes don’t disappoint though, they are balls to the wall loud and very cool. It’s a film I regularly revisit (like most of my fave films) and there’s still things I pick up on that I hadn’t before. Now I’ve written this I’m in the mood to watch it again today.